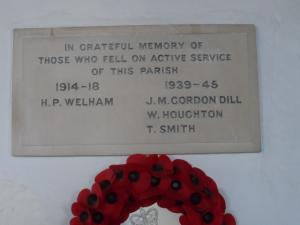 On 11th March 2016 it is exactually one hundred years since the death, from pneumonia of Private Herbert Percy Welham, the only Little Blakenham World War 1 casualty. His Plaque can be seen in Little Blakenham Church with that of the War dead from World War 2

Herbert Lived on Leatherbottle Hill. His Funeral was reported on March 24 1916 in the Suffolk Chronicle and Mercury as follows:-

The funeral of Herbert Percy Welham of Little Blakenham, a Private in the 3/4th Suffolk Regiment who recently died at Aylesbury Military Hospital, took place on Friday at the Parish Church amidst many tokens of respect from friends in surrounding districts. The remains of the deceased soldier were borne to the church by six of his comrades and the first portion of the burial service was read by the Rev W A French.

The hymn "There is a Land of Pure Delight" was sung. The coffin with splendid wreaths from the offices and comrades of the Suffolk Regiment and from the father and mother and members of the family and friends. The morners were Mr G Welham (brother) Mrs Canham and Miss Lily Welham (sisters) and many other relatives and friends. Two of the deceased's brothers are serving in France.

After the committal three volleys were fired and the Last Post was sounded. The Churchyard was filled with a large gathering of sympathetic friends.

His headstone can be seen in Little Blakenham Church yard 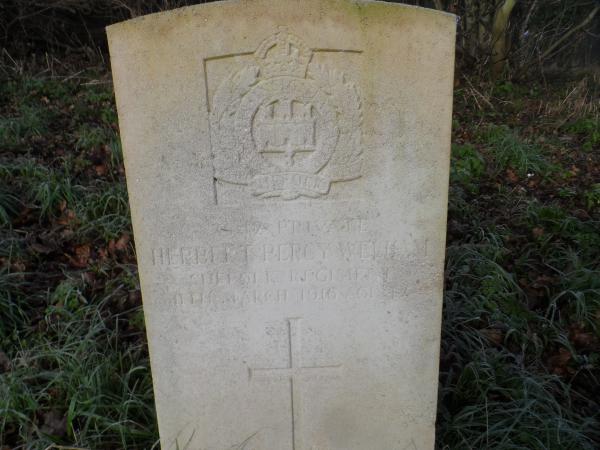 with thanks to Kelvin Dakin, Bramford History Group, and Melvin Gregory